When I read blogs and articles about exploring castles, it’s hard not to feel a little pang of jealousy. I have so many castles on my bucket list—to see and explore—but they all seem quite out of reach. There’s typically a sea in between me and those fortresses.

In the United States, there aren’t many castles around. There’s even fewer in Colorado, which, while extremely historic, is not a state known for gallant grounds and grand towers.

Imagine my excitement, then, when I got to spend the night in one of the few castles in reach. Redstone Castle, located just miles away from my home, is a beautiful slice of history, an extravagant showcase of wealth, and a testament to the power of restoration.

The Redstone Castle has existed since 1903, but only just opened their suites up to guests in December 2018. They’ve been operating tours for many years, but overnight stays are nearly brand new.

My work has just been signed on to do some content writing for the castle, and we were invited to spend the night to live as its original owners and visitors once did. And boy, it was just about the coolest thing ever.

History of the Castle

One of the largest allures to the Redstone Castle is its impressive history. In the late 1800s, a man moved to Colorado to build his fortune, starting with a growing industry: fuel. John Cleveland Osgood was a rising figure of the business world, and became the owner of Colorado Fuel and Iron Company. It wasn’t long before he was known as the “Fuel King of the West.”

As part of the American Aristocracy of the time, Osgood had extreme power and wealth and a desire to show it off. He bought a gorgeous and isolated parcel of land in western Colorado, after discovering its fuel potential. Redstone, Colorado was thus born—a working fuel town. Osgood decided to build his home base here, as a lavish gift to his first wife.

Though she didn’t last long, the Castle (at the time, named Cleveholm or Osgood Manor) was built with remarkable attention to detail in her honor. After leaving Osgood because she found Colorado unbearably boring, he quickly remarried wife no. two. Nicknamed Lady Bountiful, Alma Osgood played a large part in the cultivation of the castle and making it a home; after 20 years she left as well, to aid with war efforts. A final wife inherited the castle after Osgood’s death in 1926, right before the Great Depression took its toll on the property.

In between those first and final years, the Castle was known for its crazy luxury and high-profile guests. Teddy Roosevelt, JP Morgan, and the Rockerfellers were regular visitors, and stayed in only the best rooms. Between the views and the extravagance, the Castle was a perfect space for entertaining, though it was isolated compared to other top destinations.

Since then, the Castle has passed through many hands and faced many issues with restoration. It became a huge financial burden, and then was intertwined with a historic easement, IRS issues, and some kind of Ponzi scheme . As of 2016, however, the Castle was purchased at auction for $2 million, and set to be restored by its current owners.

Now, the Castle is open and operational, with seven guest suites available. And, let me tell you, it’s amazing.

Out of the seven suites available, I decided to crash in the one that seemed the best fit for me: the Sunshine Suite. It was once a dining and gathering area for the Castle’s 16 servants, who all took care of the 23,000 square foot mansion. Now a days, the room is a modern breath of fresh air, with two fireplaces, a dazzling couch, and plenty of windows that capture Colorado’s best light.

During my stay, I was able to roam the halls and go on a lengthy tour of the estate. It was fascinating and so worth my time. It was like a museum you could touch, and I did; I loved sitting in these expensive chairs, running my hands along the hand-stenciled walls, and sifting through the original books in the library.

My favorite room held several paintings from the once-local artist Jack Roberts, which depicted life at the castle and in the area. I was also a huge fan of wandering each of the rooms, imagining the life of the true heroine of the castle, Lady Bountiful. I imagined the great meetings and business ventures explored throughout these very halls—the handshakes and agreements and large decisions and parties that made Redstone a true destination.

Other highlights were the crackling fireplace in the Great Room, the enclosed sun porch with views of elk on the horizon, the green-tinted leather walls in the library, and the Music Room’s intricately molded ceilings and gold-dusted mirrors. Peter and Jennifer, the caretakers and hosts of the estate, were incredibly fun, knowledgeable, and personable—their company and conversation over wine made the experience better than imagined.

I loved my stay so much that I returned three days later, with my parents and husband, to take another two-hour tour. I loved it just as much—especially being able to share it with my family.

I feel lucky and honored to be a part of the legacy. I’m contributing to the Redstone Castle, and leaving my own mark and impression. 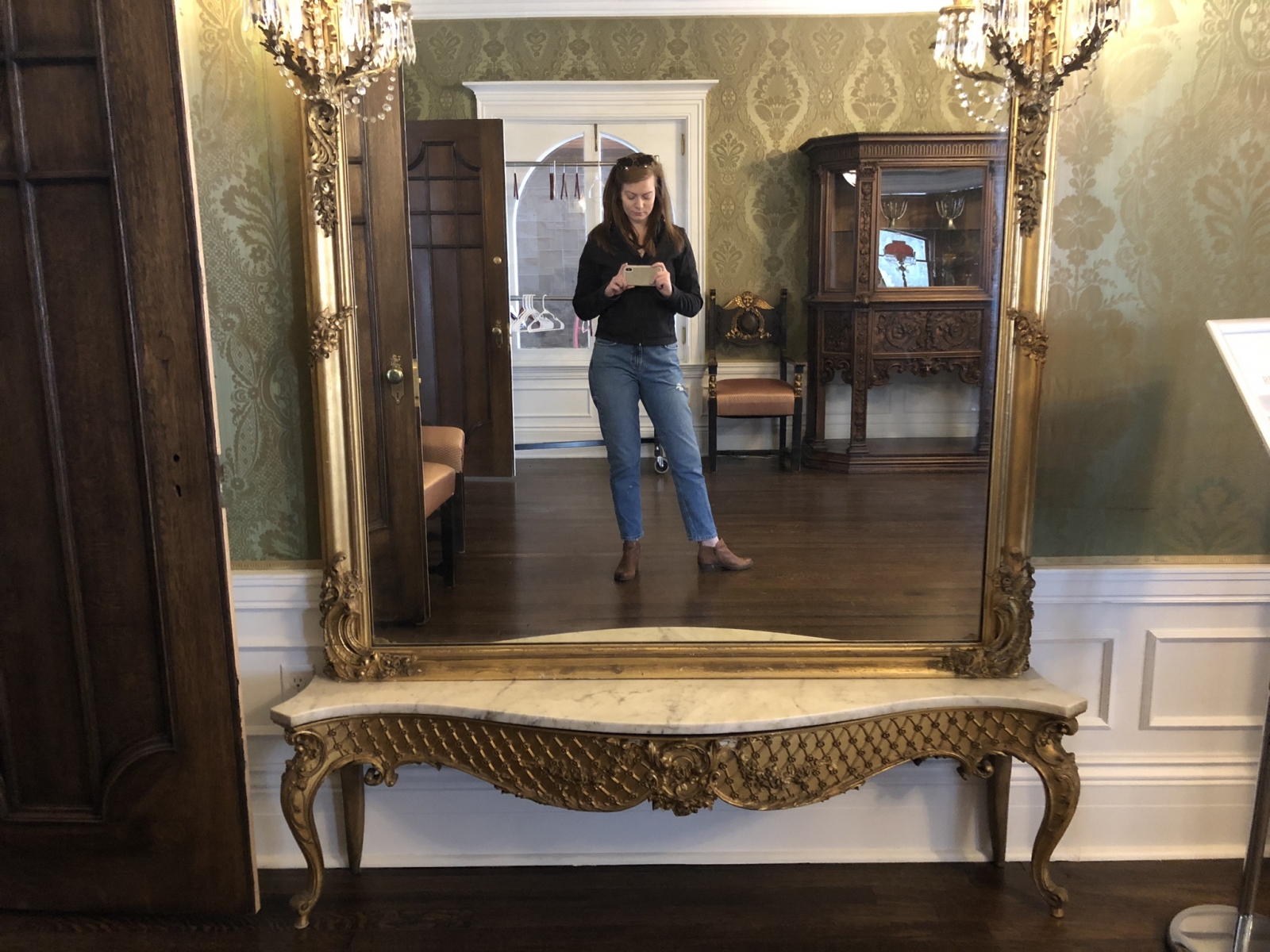 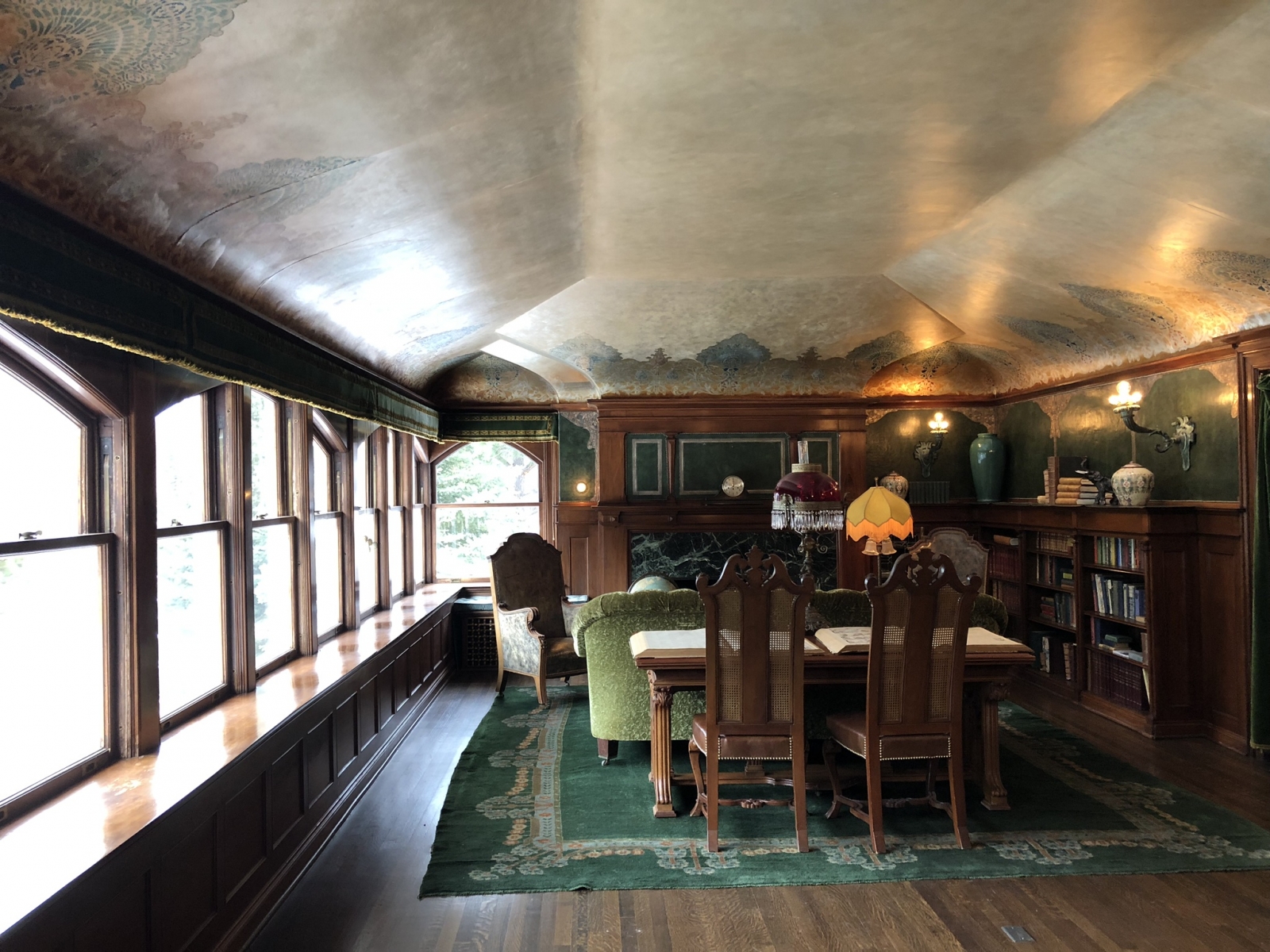 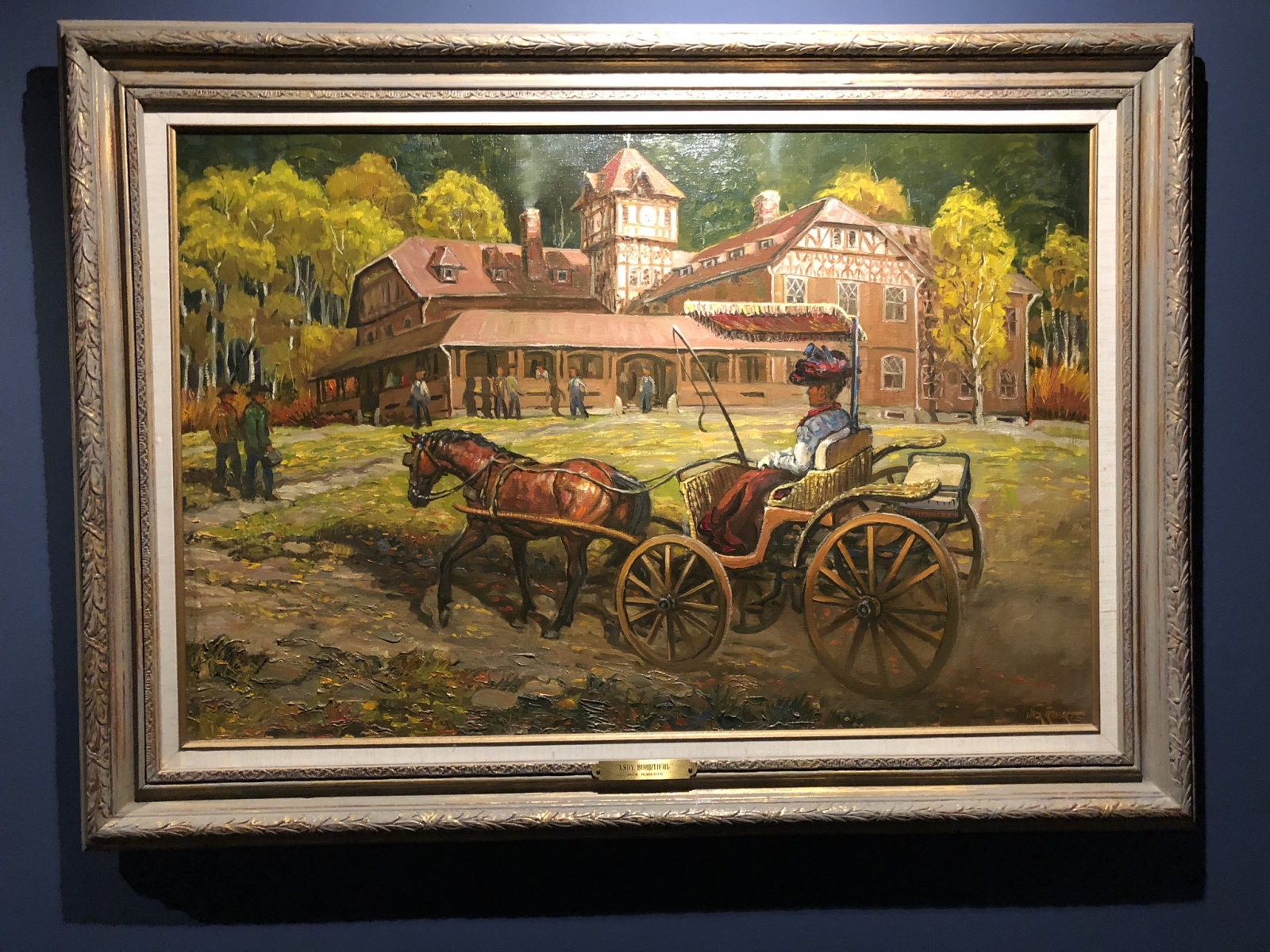 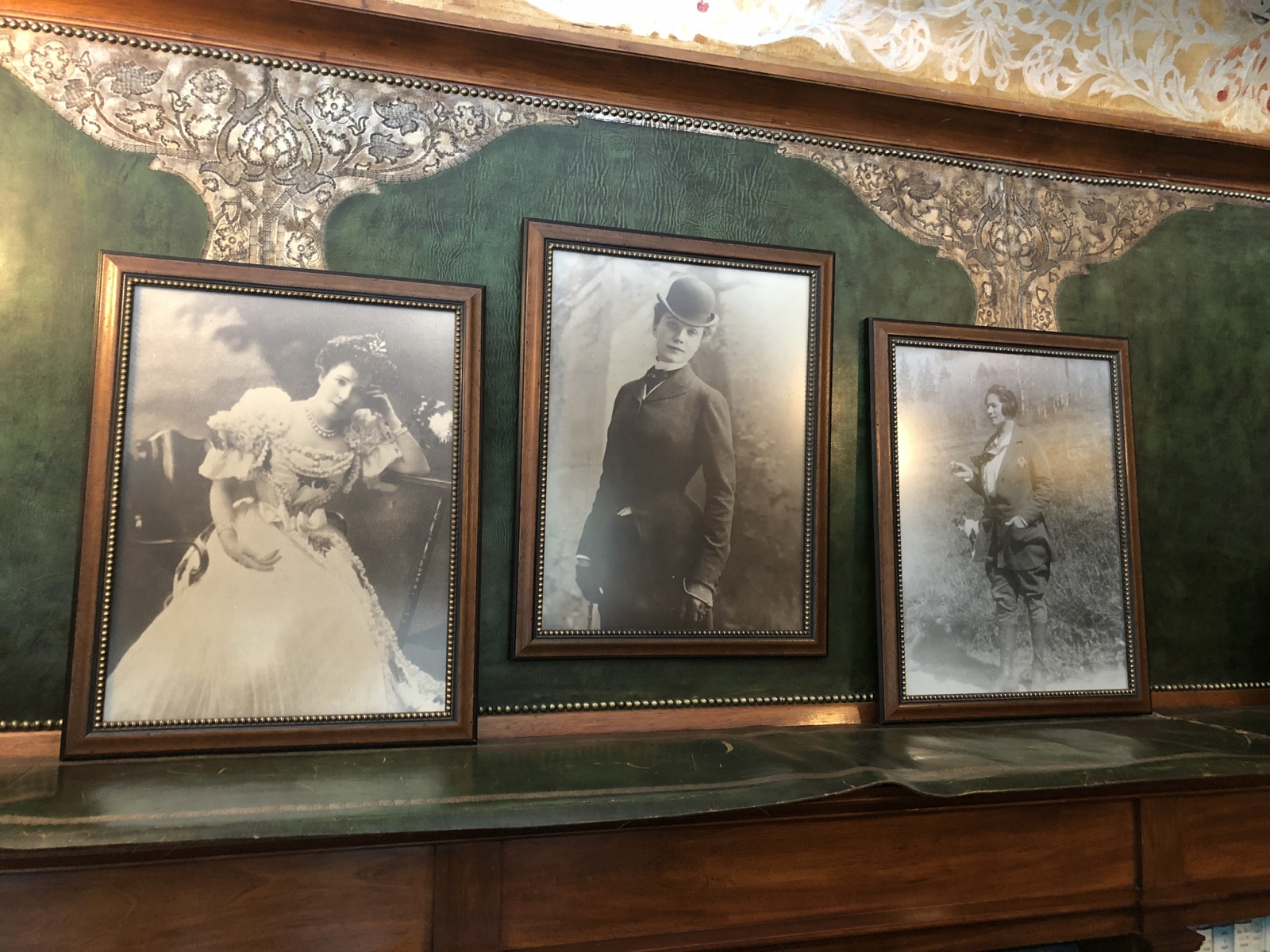 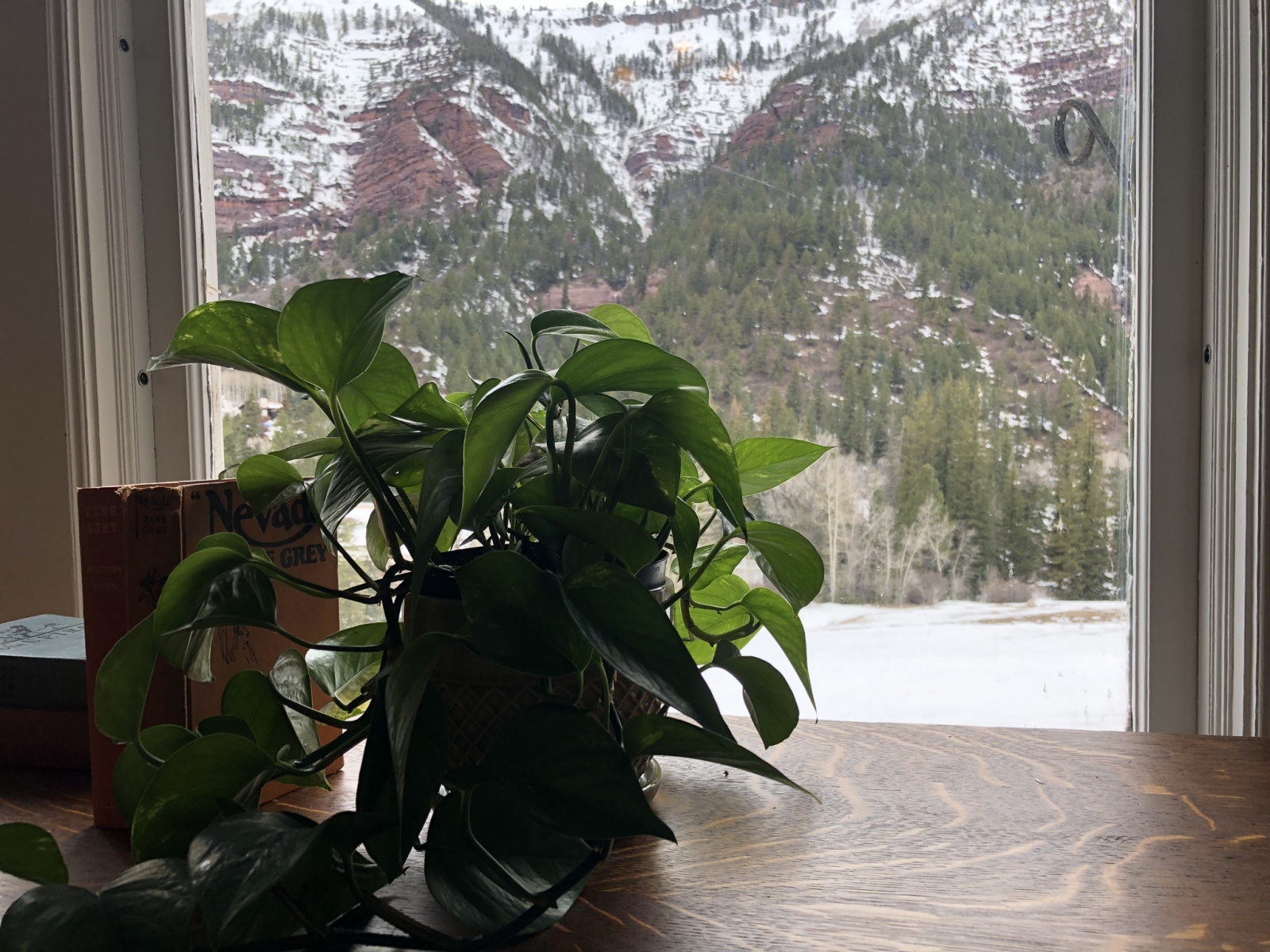 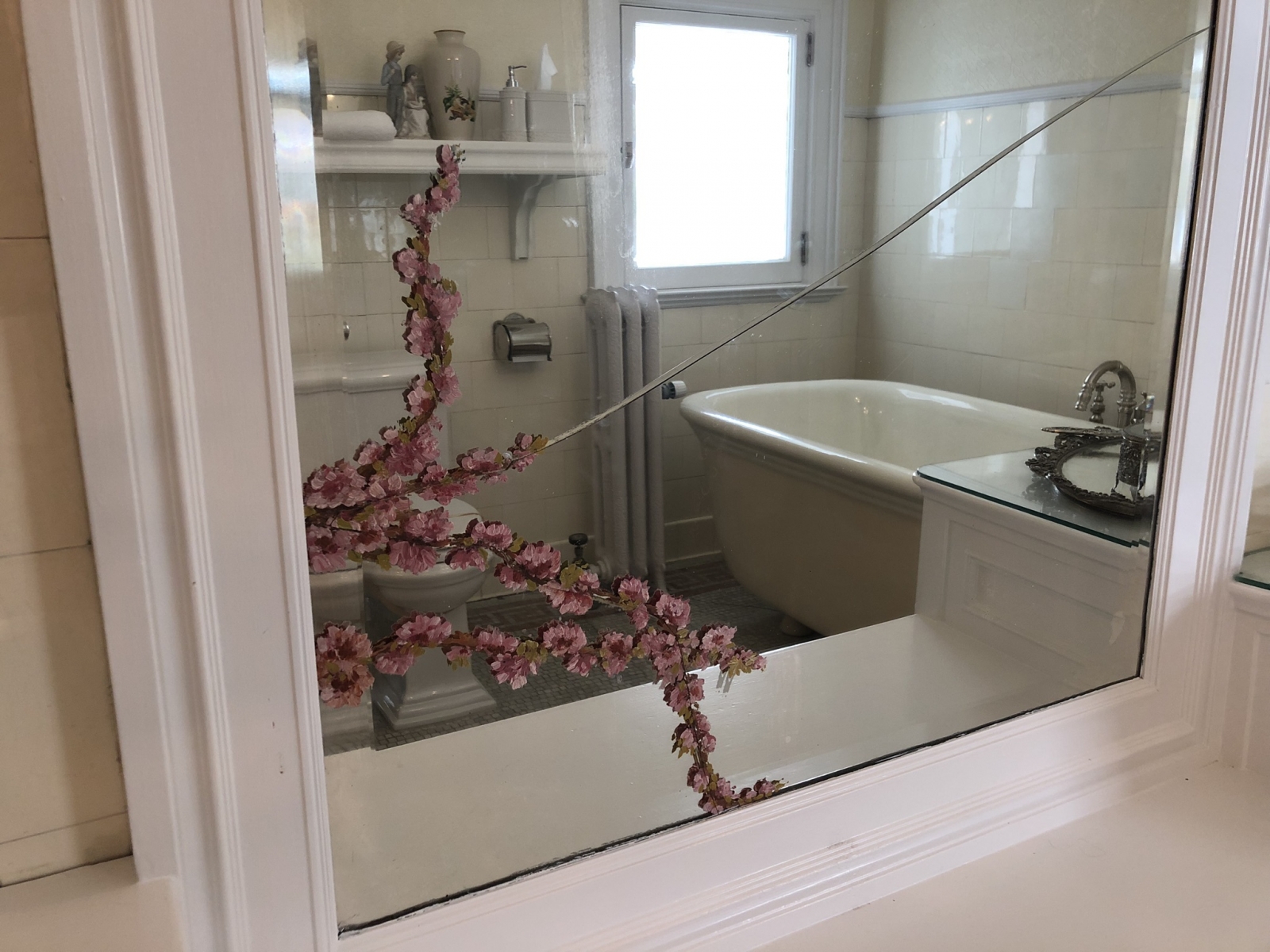 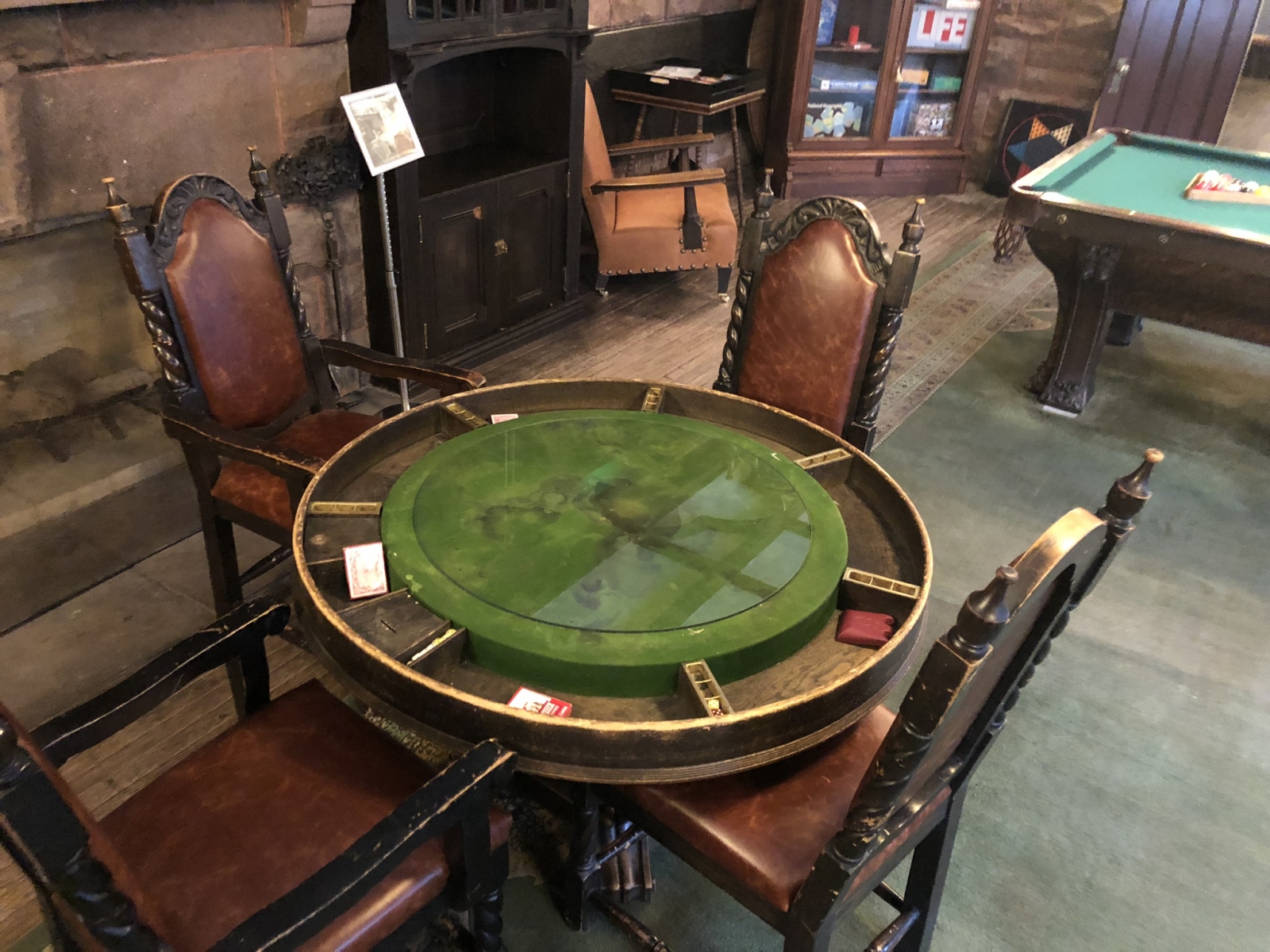 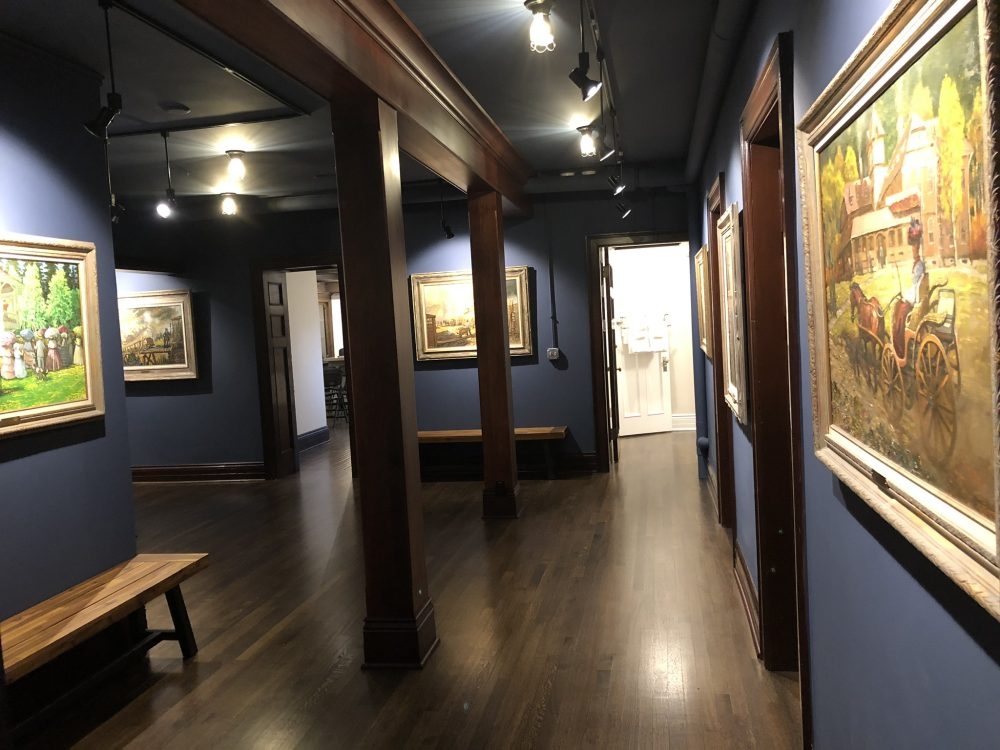 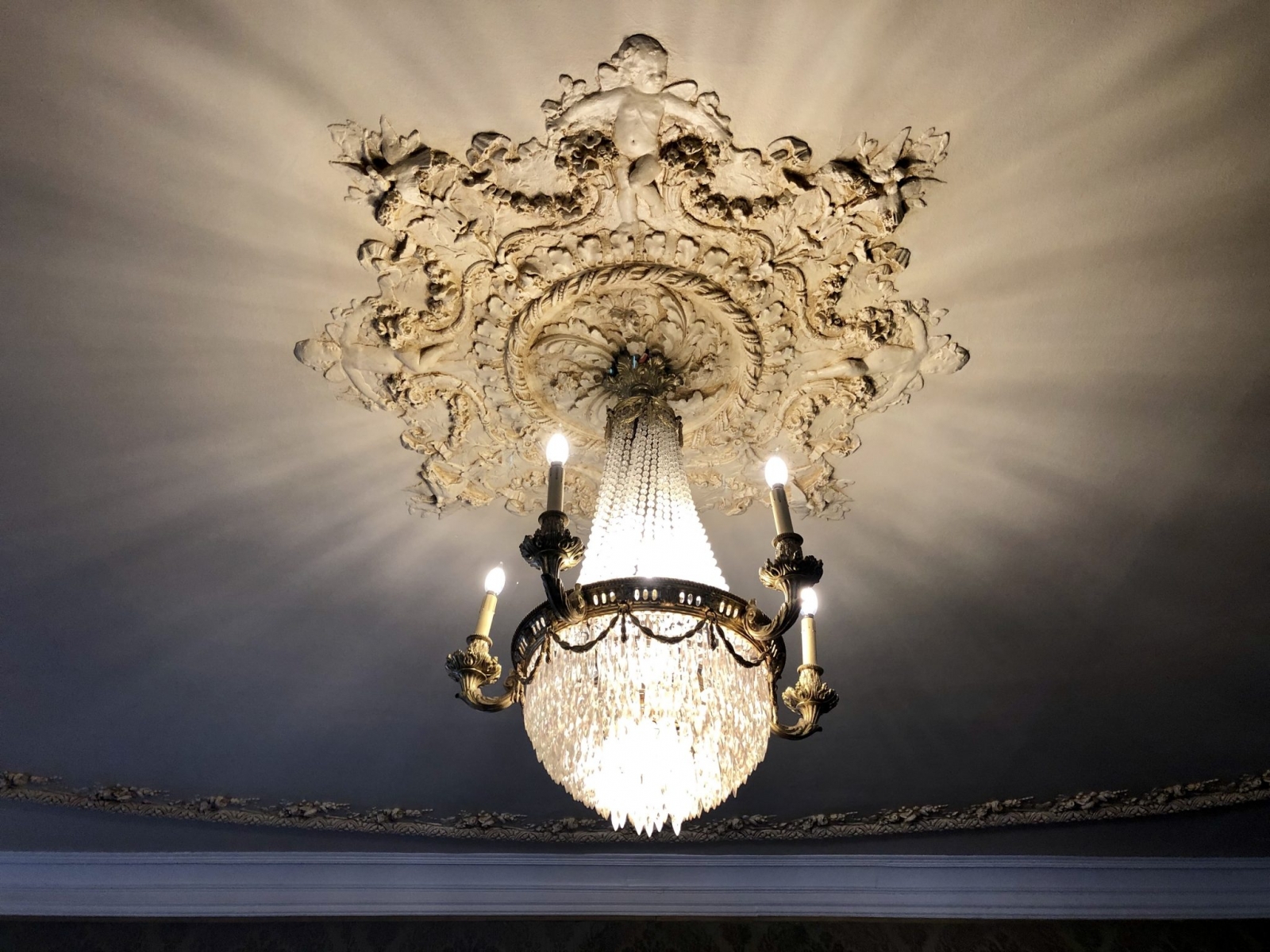 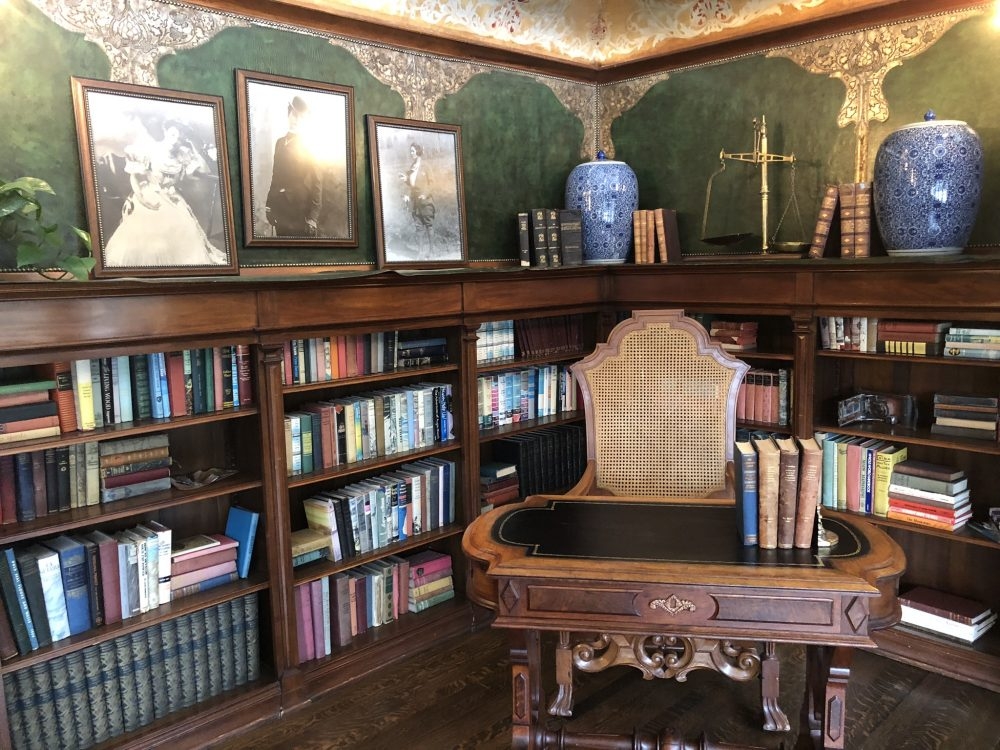 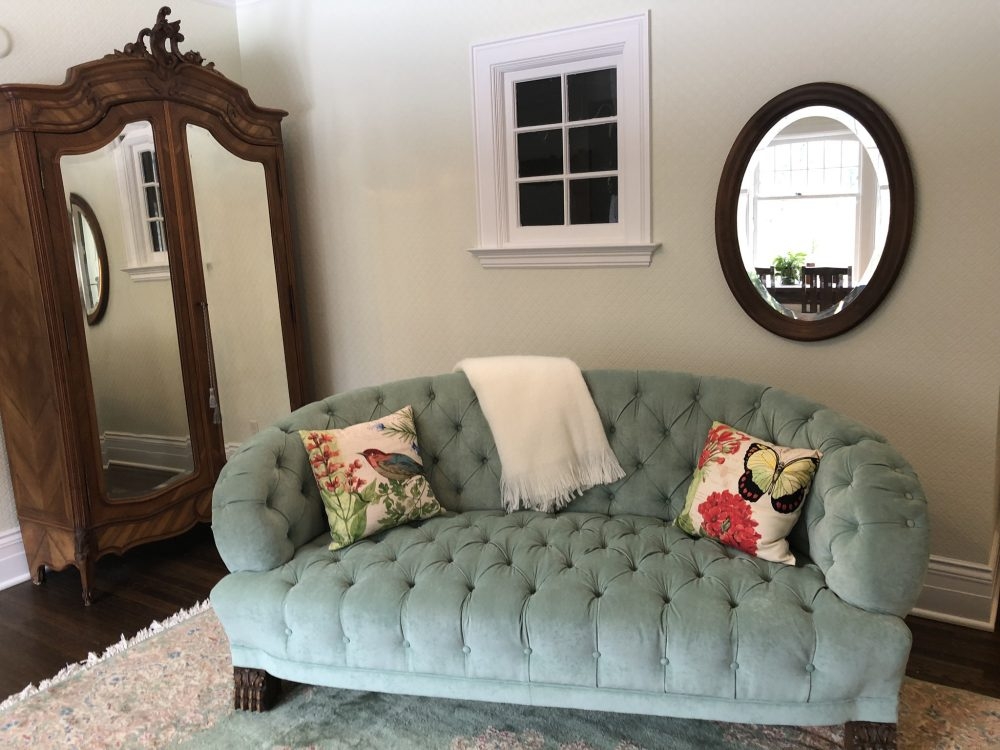 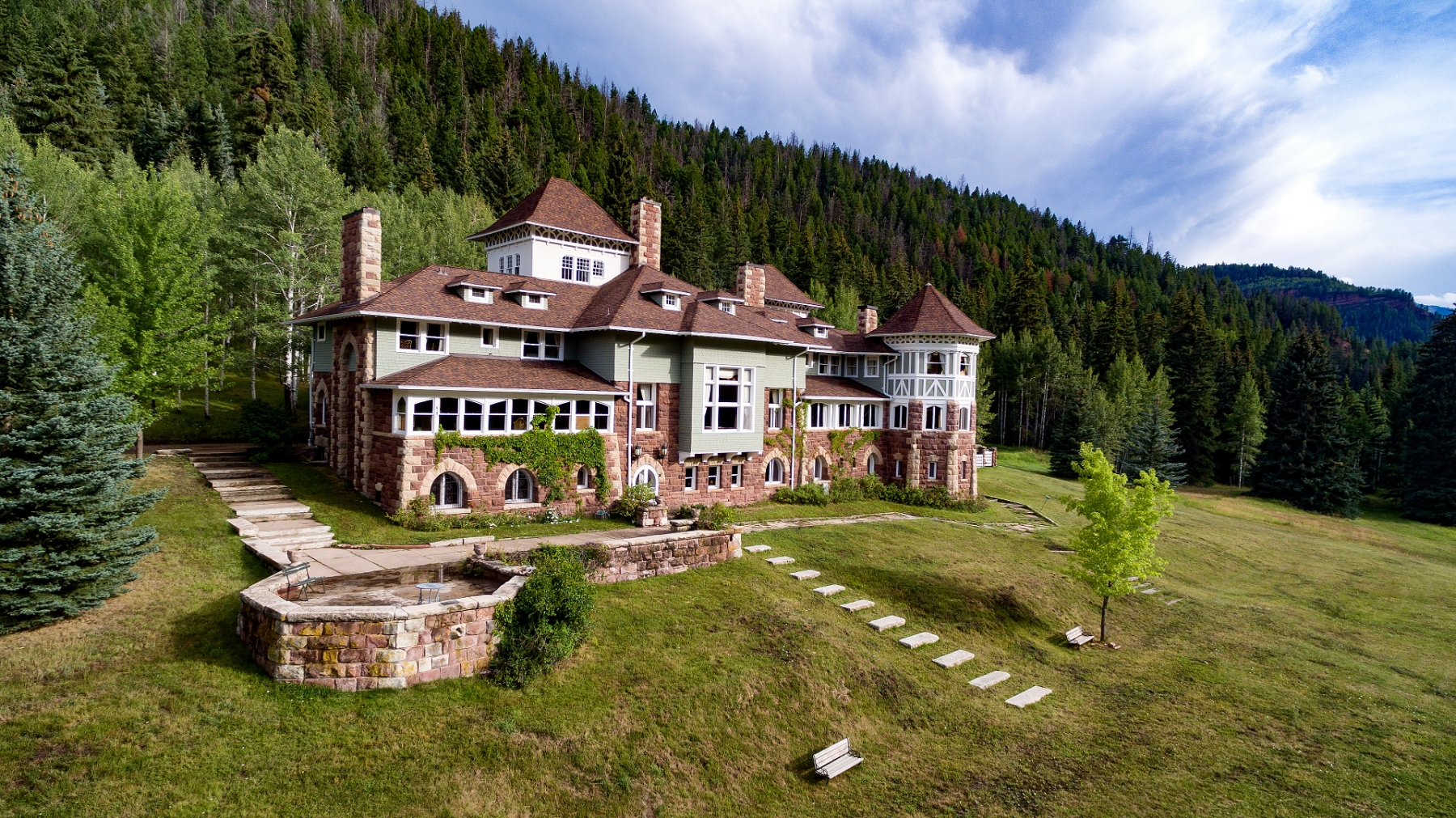